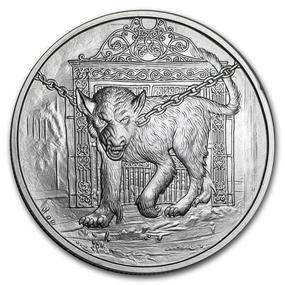 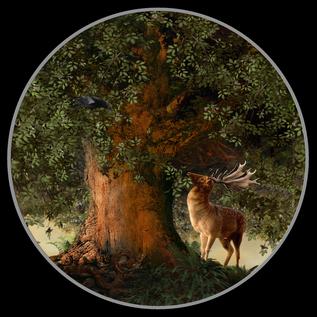 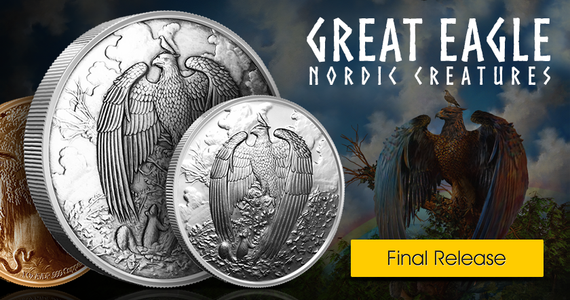 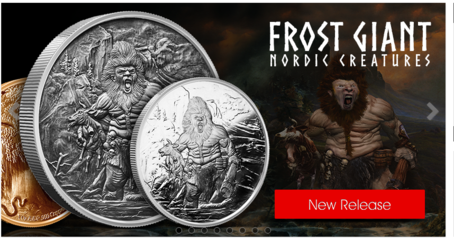 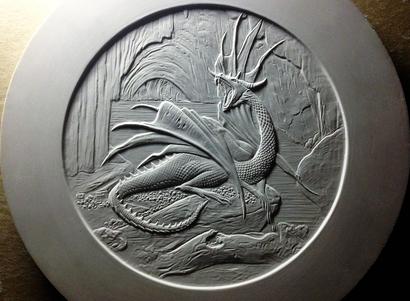 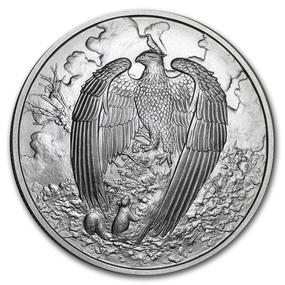 Odin's Steed - Sleipnir is the third Nordic Creatures coin. The art depicts Odin atop Sleipnir riding through the sky holding Gungnir, his spear, and flanked by ravens Hugin and Munin most likely on their way to determine the winner of a bloody battle. The legend and origin of the eight-legged steed is as follows:  One day a stone mason came to Asgard offering to build a great wall to keep out Frost Giants and Mountain Giants. For reward he wanted marriage to Freya and the sun and moon. This was conditional that it be completed in one winter and that the builder be able to use his stallion Svadilfari. The bargain was struck by oaths through Loki. Nearing completion of the wall, the gods held council and threatened Loki to contrive a means to stop the builder (who was actually a giant). That evening a mare ran out of the woods exciting the stallion who ran after her. They ran all night, and the mason could not complete the wall in time without his stallion. Sometime after, Loki reappeared from the woods leading an eight-legged gray colt that he had mothered. Sleipnir was the ultimate horse amongst gods and men. He was so swift and ran like the wind over land, sea and sky. Odin claimed him as his war horse and rode him throughout the nine Norse worlds.​

The Great Eagle is portrayed on the obverse of the coin.  On the highest bough of the World Tree sits a great Eagle.  The Eagle fans the air with his enormous wings bringing the winds to all the worlds.  With his keen eyesight and the help of a hawk, Vedfolner, which sits between his eyes, the Eagle keeps watch over the corners of the world.  The Eagle and the Dragon Nidhoggr are bitter enemies.  Ratatosk, a busybody squirrel, scampers up and down the length of the World Tree slinging insults between the Eagle and the Dragon keeping their hatred brewing.  While the Eagle guards Yggdrasil, Nidhoggr tries to destroy the World Tree. 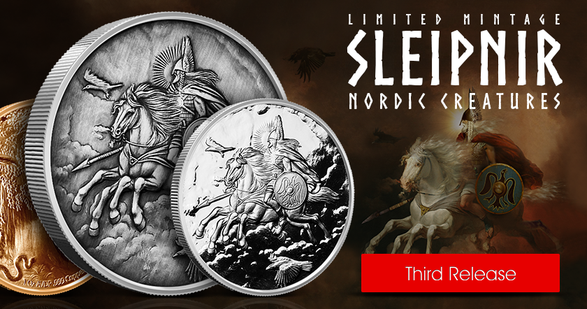 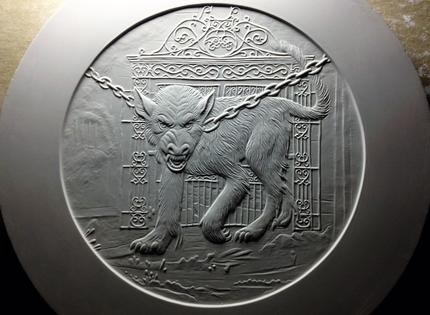 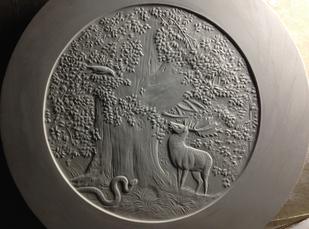 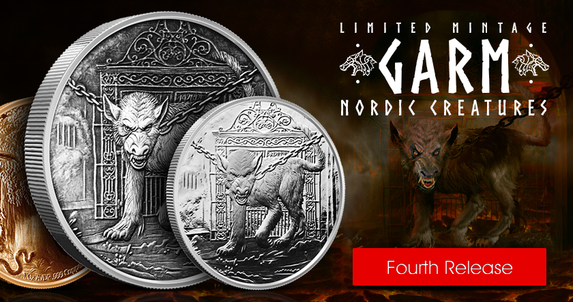 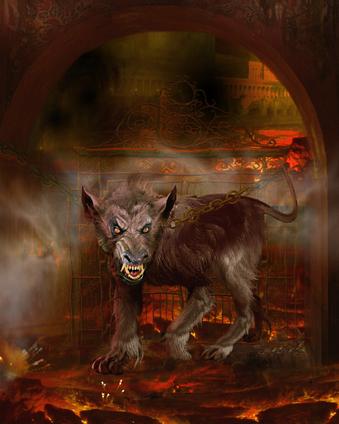 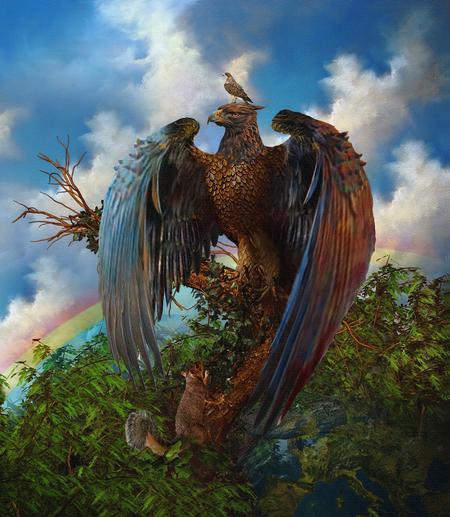 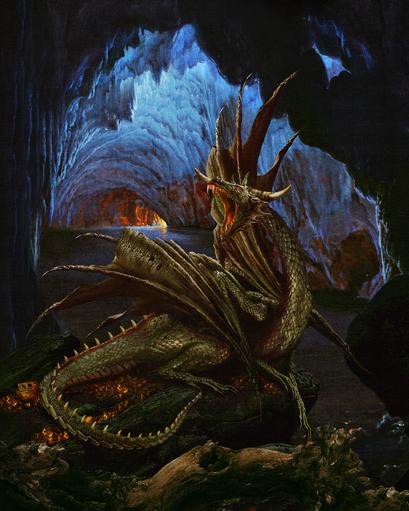 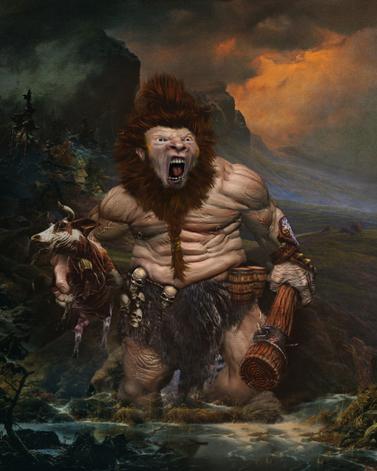 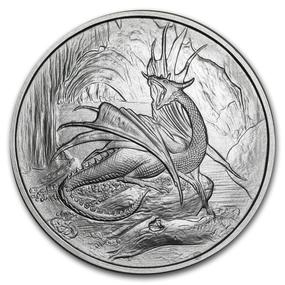 The Dragon Níðhöggr is portrayed on the obverse of the coin.  In Norse mythology, there was a world beyond Hel called Niflheim, the grimmest of all places, where those who were wicked were thrown. The Dragon Níðhöggr dwells in Niflheim where he gnaws at the roots of The World Tree.  The word Níðhöggr means malice striker - dragon of destruction.  The dragon is said to chew the corpses of murderers and oath breakers.  It is believed that the roots of The World Tree are trapping the beast, keeping him from the world.

The World Tree, Yggdrasil, is portrayed on the reverse of the coin series.  According to Norse mythology, Yggdrasil connects the nine Norse worlds.  Yggdrasil is an immense ash tree whose branches reach far into the heavens.  Its three roots grow in three directions - under one root is Hel and Niflheim, under the second root the frost giants, and humankind under the third.  Beneath the root that reaches the frost giants is a well containing much knowledge and wisdom.  Many creatures live within The World Tree, and the great ash suffers more agony then men can know, a stag bites it above, at its side it rots, and the Dragon Níðhöggr gnaws it below.  The three Norns of fate care for the great ash.  It was at Yggdrasil that Odin founded the runic alphabet making it possible for men to communicate through written words.  Being the most holy of all places, the gods assemble there daily to decide what is just and unjust.  After their daily council, they would travel the rainbow bridge home to Asgard, land of the gods.

Hellhound - Garm is portrayed on the obverse of the coin.  Helheim, the realm of the dead, is the Norse underworld where the Goddess of Death, Hel, rules.  Her mansion has surrounding walls of strange heights with immense gates.  Chained to those gates stands Garm, the bloodstained guardian hound of Hel.  Monstrous and wolf-like this creature snarls, strains and howls bringing fear to all who pass.  Garm is depicted in the artwork with hot molten lava rising up from the ground on which he stands with smoke billowing next to him. Large chains keep the Hellhound bound to the underworld in front of the immense intricate gates. It is Garms howling that heralds the coming of Ragnarok, twilight of the Gods, at which point Garm’s chains snap and the hound runs free.  Garm battles with Tyr, God of War, and they each become the others slayer. 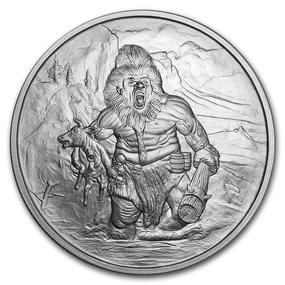 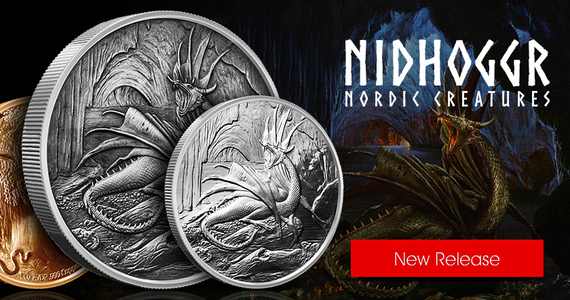 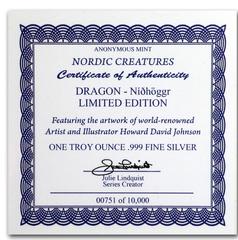 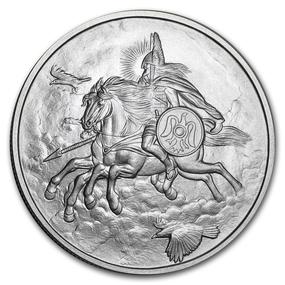 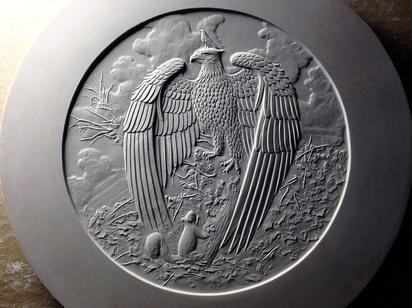 ​​The Frost Giant is portrayed on the obverse of the coin.  Under one of the roots of the World Tree is Jotunheim, land of the giants.  Giants were the very first creatures and were quite primitive.  They are associated with violent weather and would send icy, wintry storms across the lands.  Giants could create mountains, form lakes, and move islands.  They oppose the gods and create havoc.  The Frost Giant portrayed here is seen with a battle club marauding the countryside.  He has taken a cow and several keg barrels to quell his large appetite. 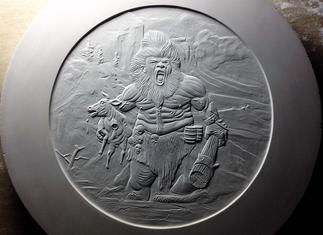 MODEL AND WILL COME WITH A NUMBERED CERTIFICATE 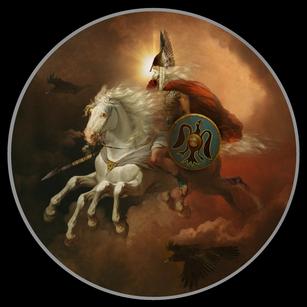 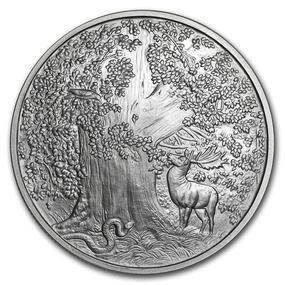 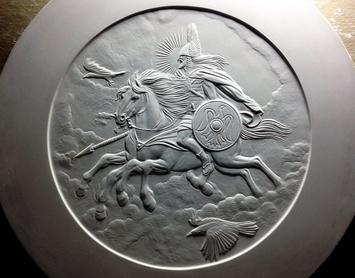