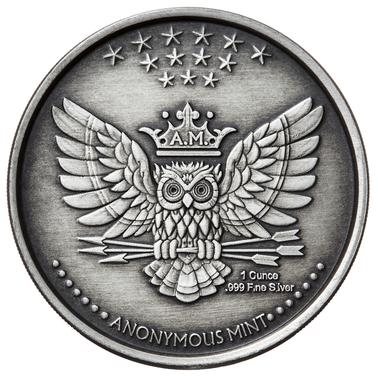 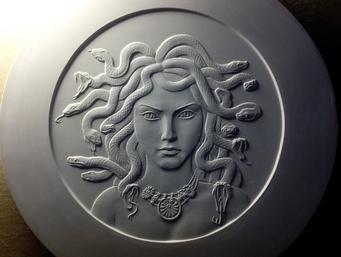 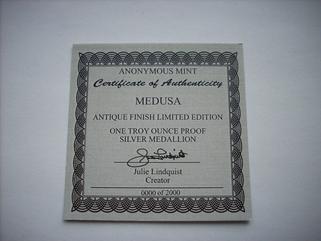 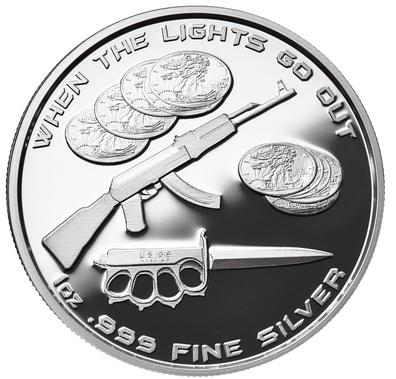 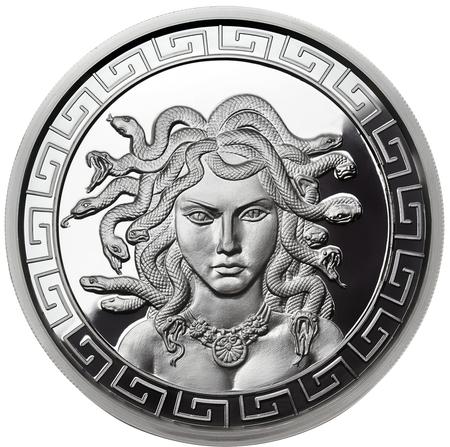 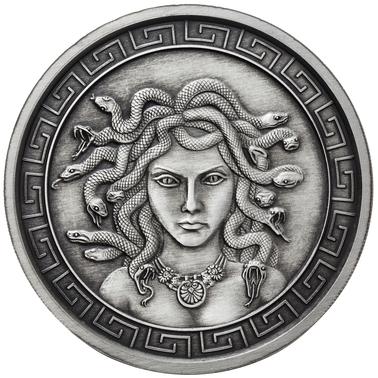 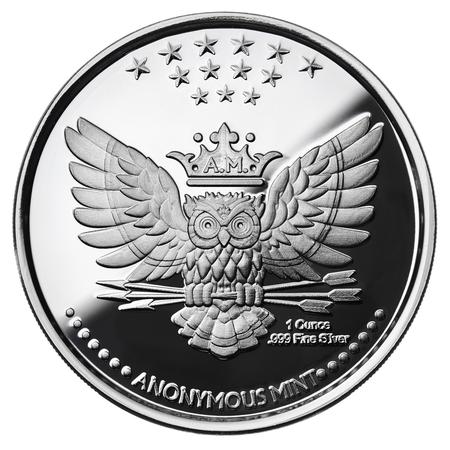 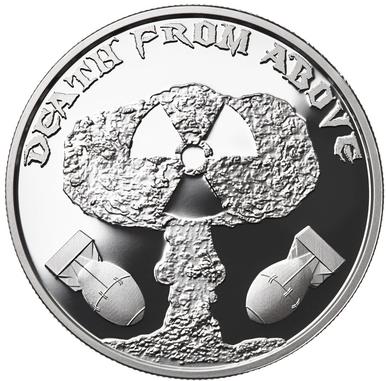 Introducing a new coin - MEDUSA.  One look at this horrific beauty and you turn hard as a rock.  Medusa is depicted with a head full of snakes bordered by the classic Greek key pattern.

According to Greek mythology, Medusa was once a golden-haired maiden, a priestess of Athena, devoted to a life of celibacy.  She was one of three gorgon sisters.  Medusa fell for Poseidon, forgetting her vows, and she lay with Poseidon in Athena's temple.  This infuriated Athena who in turn cursed Medusa by turning each wavy lock of hair into a venomous snake.  Her milky white skin took on a green hue.  Medusa became a repulsive creature, a monster.  Anyone who would gaze into her eyes turned to stone.  The demigod Perseus beheaded Medusa.  Being pregnant at the time by Poseidon, Pegasus (winged horse) and Chrysaor (golden sword-wielding giant) sprang from Medusa's body.  Perseus gave the head to Athena to mount on her shield. 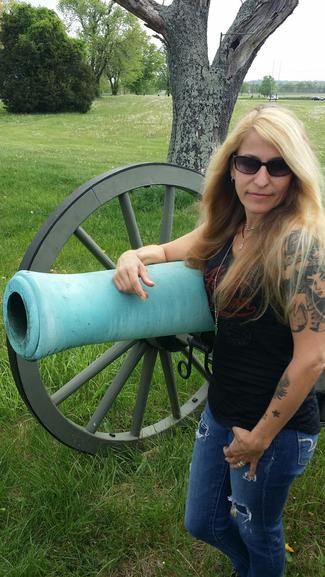 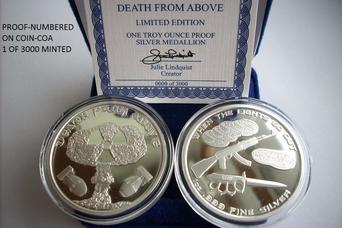 INFO ON DEATH FROM ABOVE FROM COIN CREATOR JULIE LINDQUIST

*DEATH FROM ABOVE* FROM ANONYMOUS MINT AND CREATOR JULIE LINDQUIST